The college football season is finally over, and it ended with yet another Alabama National Championship. But off the field, it was a year of turmoil. A Southeastern Conference (SEC) team (Missouri) went on strike over debates about race on campus. Northwestern’s football team tried to unionize but was rebuffed. And LSU considered paying a $15 million contract buyout to fire a coach. Looming behind much of that turmoil were a familiar set of questions about college football: how much money it really makes money for schools, and who sees that money; what players get and don’t get by way of education and opportunity after they graduate—and whether they should be paid; and what football costs universities, financially and otherwise. There are few clear-cut answers. We zoom in on the SEC, college football’s richest and most powerful conference, by the numbers. 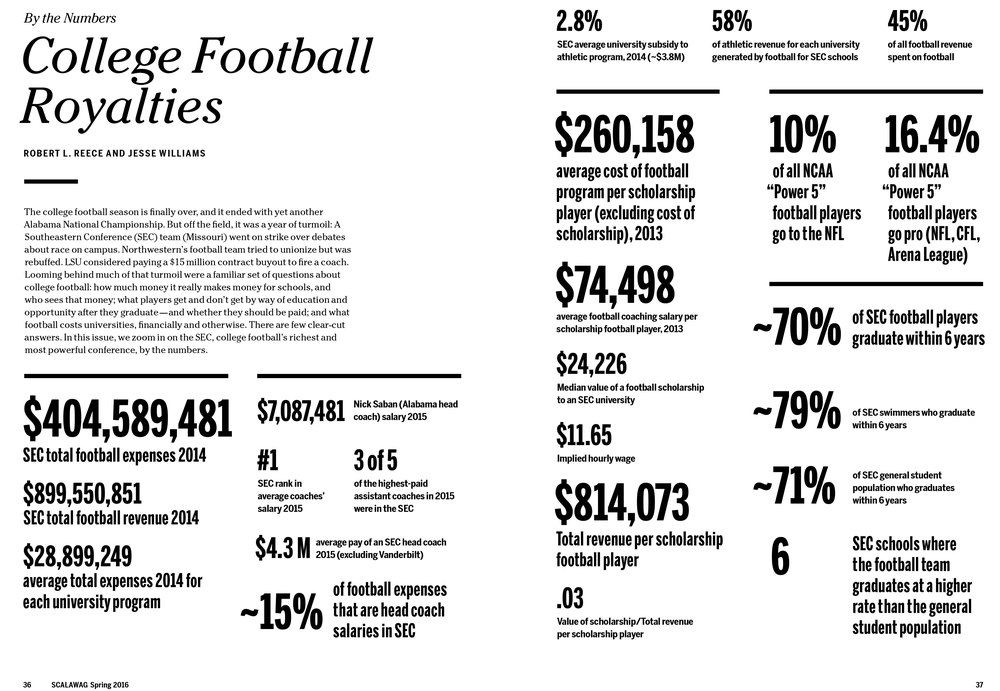 “When people hold Appalachia as ‘the most American,’ they’re doing it in a racialized way. The reality is, people have always come in from the outside — and more likely than not, they’ve mixed with those already there.”

While the social landscape shifts under their feet, thousands of Nashvillians are attempting what residents of Memphis and other southern cities undergoing similar changes have tried and turned to sports.